How to Oxygenate Your Blood By Jane Barthelemy
Our bodies were designed to live in a high-oxygen environment at a time when over 30% of the air we breathed was oxygen. Today, oxygen levels are 20% to 22% in most areas. OSHA law requires a minimum 19.5% in workplaces, but levels in polluted areas can be as low as 15%.

In an optimum environment, our cells are rich in oxygen, so they can be rejuvenated as we sleep. Other benefits of adequate levels of oxygen are higher energy levels, enhanced brain function, and lower stress. We can overcome fatigue, look and feel younger.

A low oxygen environment deprives the cells of essential nutrients needed for energy, cleaning out toxins and wastes. As a result our body fluids and blood can become dirty and toxic. Lack of oxygen weakens every bodily system and is the main cause of disease. It weakens the immune system, which can lead to viral infections, DNA mutations, pathogenic bacteria, inflammation, heart disease, toxic buildup in blood, and premature aging.

“The primary cause of cancer is the buildup of carcinogens and other toxins within and around cells, which blocks and then damages the cellular oxygen respiration mechanism.” 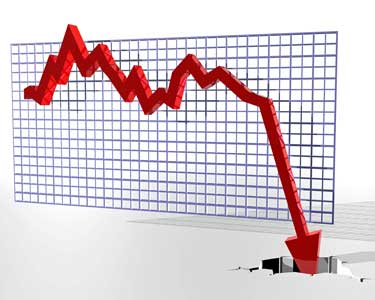 Poor blood oxygenation is the #1 cause of declining health and disease.

What Are Optimum Blood Oxygen Levels?

High Altitude Makes a Difference
Oxygen levels in the air decrease at higher altitude. This has a significant effect on one’s blood oxygen uptake. A person may have a reading of 98% at sea level, but it may decrease to 95% at 5,000 ft. and further to 90% at 10,000 ft. Above 10,000 ft., a person may be unable to adjust to the low level of oxygen and O2 uptake may become dangerously low. 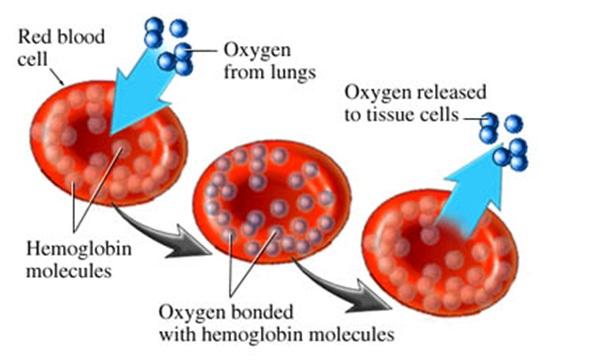 Iron binds to oxygen from the air you breathe, carries it throughout your body and releases it so it can enter your cells and tissues.

Sleep Apnea Can Cause Hypoxemia
Obstructive Sleep Apnea (OSA) can cause low blood oxygen levels. During OSA, the tongue slips down against the back of the throat, blocking the flow of air. When the oxygen level in the brain becomes low enough, the sleeper partially awakens, the obstruction in the throat clears and the flow of air starts again, usually with a loud gasp. Chronic low levels of oxygen can lead to very serious cardiovascular problems, daytime sleepiness, depression, ADHD, and poor concentration. How to Improve Your Blood Oxygenation

There is a proportional relationship between oxygen and pH level. As the pH level lowers, the affinity of oxygen in hemoglobin molecules also decreases. Therefore as the body becomes more alkaline, more oxygen is released.

The pH scale goes from 0 to 14, with 7 being neutral. Below 7 is acid and above 7 is alkaline. The blood, lymph and cerebral spinal fluid in the human body are designed to be slightly alkaline at a pH of 7.4. When the body is alkaline, you will stop craving addictive substances like donuts, sugar, coffee, tobacco. Hooray!

In 1931 Dr. Warburg won his first Nobel Prize for proving cancer is caused by a lack of oxygen in cells. He stated “The cause of cancer is no longer a mystery, we know it occurs whenever any cell is denied 60% of its oxygen requirements.”

Cancer, like other diseases, has countless secondary causes. But the prime cause of cancer is the replacement of the respiration of oxygen in normal body cells by a fermentation of sugar. Poor oxygenation is usually associated with a buildup of carcinogens and toxins within and around cells, which blocks and damages cellular oxygen respiration. Clumping up of blood cells slows down in the bloodstream, and restricts flow to capillaries. The cellular mitochondria become damaged by lack of oxygen, leading to unwanted cells and ill health. Also called Yogic Breathing or Pranayama, Diaphragmatic breathing uses the entire lungs. We can take in much more than normal quota of oxygen and Qi, or Prana. This has been measured in laboratory tests. In a normal breath, most people inhale five hundred cubic centimeters of air, and exhale out the same. After an exhalation, the lungs are almost empty, but there is residual air in the lungs. To optimize your breathing, after the normal exhale, pull the abdomen in slightly, and you can exhale some more air.

This type of full exhalation and inhalation uses about sixteen hundred cubic centimeters. You will find that your inhale capacity will increase over time and may even double. With regular practice, you can make every breath a full one, take in more oxygen, more Qi and more Prana.

“Breath is the life of beings and so is called ‘THE LIFE OF ALL’.”
From the Upanishads

The diaphragm is a circular horizontal muscle that connects to the rib intercostal muscles all the way around. As you inhale, put your thumbs on your back lower ribs (floating ribs). Squeeze, and notice the expansion of the air in the BACK of the lungs. Using this method, you can optimize your oxygen intake, greatly expand your breath capacity, and perhaps become a world-class opera singer. Slow, relaxed, even breaths without tension are the only way to build strength. Count or use a stopwatch. Inhale to a count of 6, hold 4, exhale 6, and repeat 6-8 times. This is recommended to do before meals, combined with mindfulness and gratitude. It relaxes the nervous system, stimulates the organs, and improves digestion. 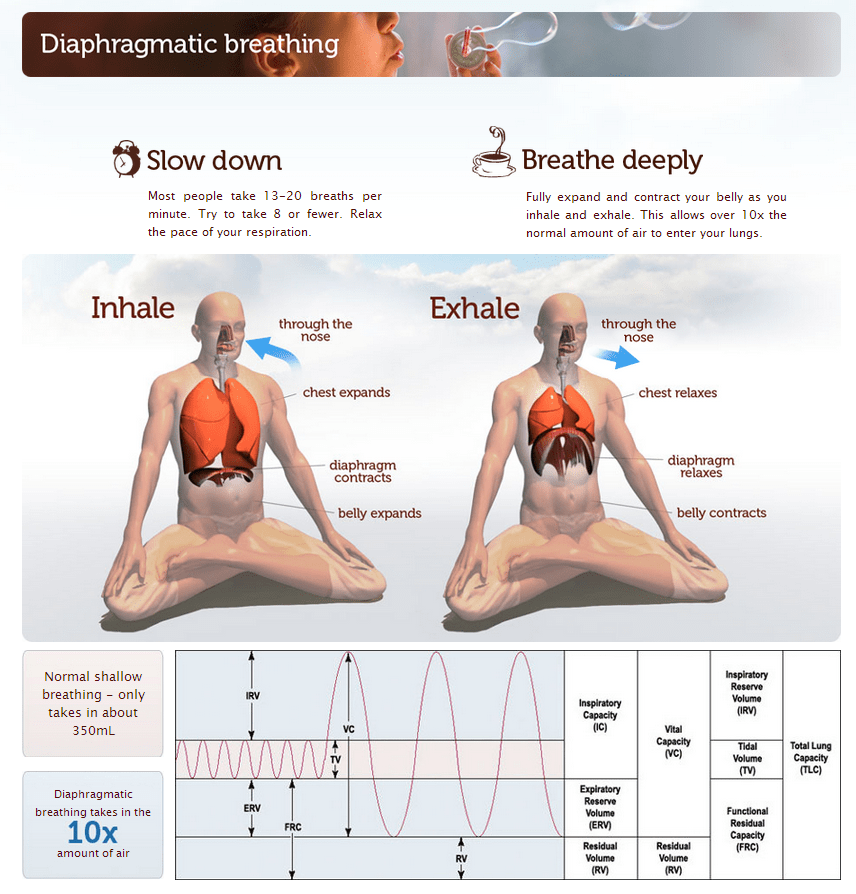 Improve your health with 3 daily sessions of 5 minutes of Diaphragm Breathing.

Try a daily dropper-full of ChlorOxygen by Herbs Etc. 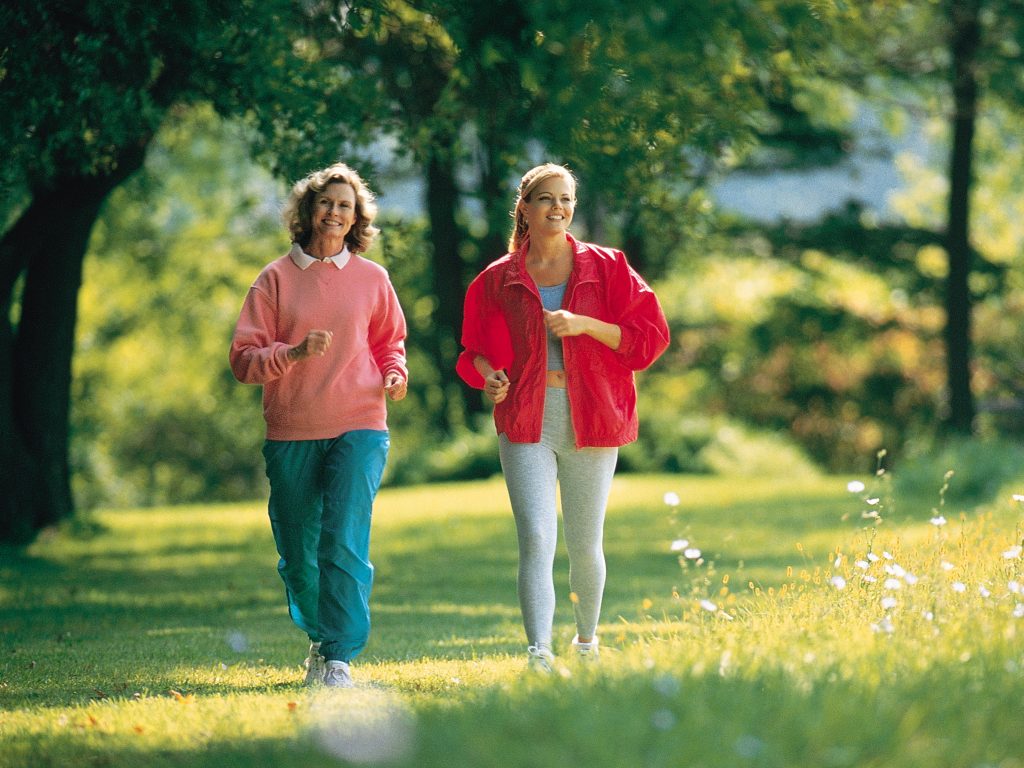